Jailbreaking your iPhone became legal under US copyright law as of July 26, 2010. What better way to celebrate than try to jailbreak my own iPhone 4?

To jailbreak your iPhone, visit http://www.jailbreakme.com 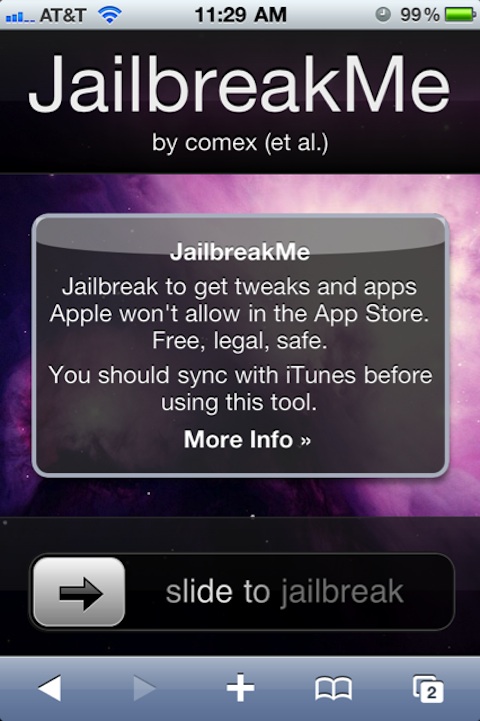 and you can literally slide a UI control in safari and it will jailbreak your phone by taking advantage of an PDF exploit in iOS.  This method works as long as you haven’t upgraded to iOS 4.0.2 since Apple patched the hole in that release.

Note: Jailbreakme.com is currently showing a placeholder page on their homescreen. Navigate on your iPhone to http://www.jailbreakme.com/_/ and you can manually download the PDF that matches your device and iOS version.  Once you click the PDF, it’ll pause for a few seconds, then you’ll see UI that informs you your iPhone is being jailbroken.

After jailbreaking, the obvious question is “Now what?”.  I was on the hunt to find the best apps to uninstlal to take advantage of my new found freedom away from Apple’s maniacal clutches.

Browsing through Cydia is a painful process – there are no “Top 10” lists or anything to really help you figure out what to install, and even worse, the load time on the details pages for each app is slow as molassess.  Instead, I started doing some web searches to find which apps to try out first.

Here’s the list of apps I ended up installing, and I even paid for a few of them:

Any other ones I’m missing?